I am interested communicating ideas visually. In general, I’m able to remember images for a longer time than I remember language, and the act of refining an idea into a drawing involves wrestling with the idea a little more deeply than I would with a simple summary in text.

I have been enjoying Nate Soares’ sequence of blog posts titled Replacing Guilt, and I decided this would be good material to experiment on. This post consists of drawings I’ve made corresponding to the first seven posts: each post is listed here by title followed by the image I’ve drawn and an explanation of the image. These are not intended as a substitute for the original work, and I expect that browsing them without referencing the original posts would be a lackluster experience. If you’ve already read that sequence, you might find these drawings of interest.

Half-assing it with everything you’ve got 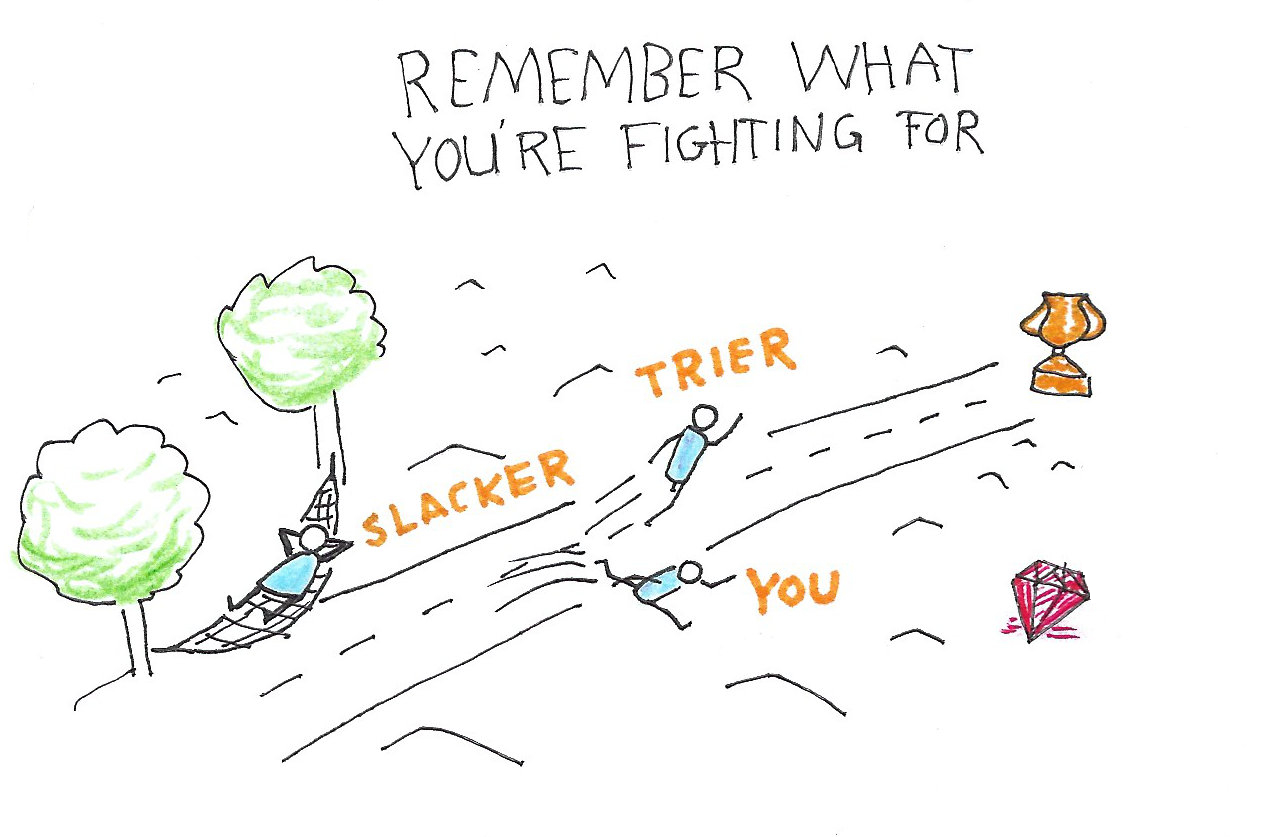 Remember what you’re fighting for: you may follow the paved conventional path for a time before diverging from the triers.

If you’re trying to pass the class, then pass it with minimum effort. Anything else is wasted motion.

If you’re trying to ace the class, then ace it with minimum effort. Anything else is wasted motion.

If you’re trying to learn the material to the fullest, then mine the assignment for all its knowledge, and don’t fret about your grade. Anything else is wasted motion. 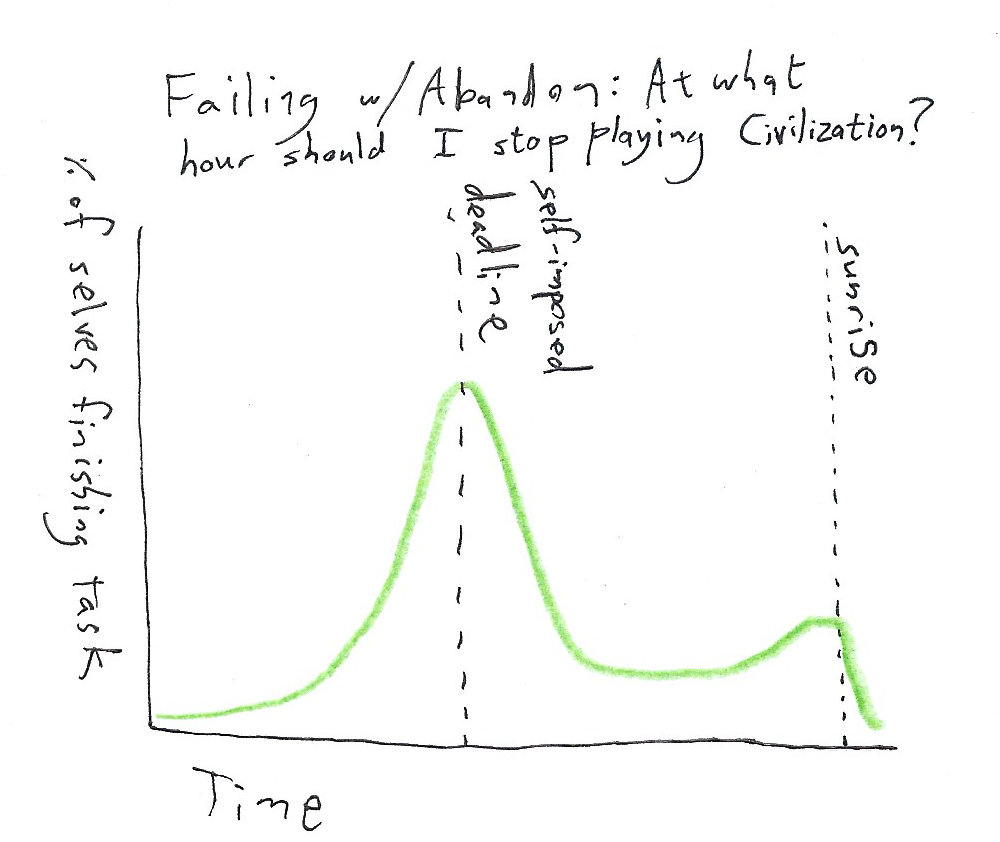 You can fail gracefully instead of giving up once you’ve missed your deadline. 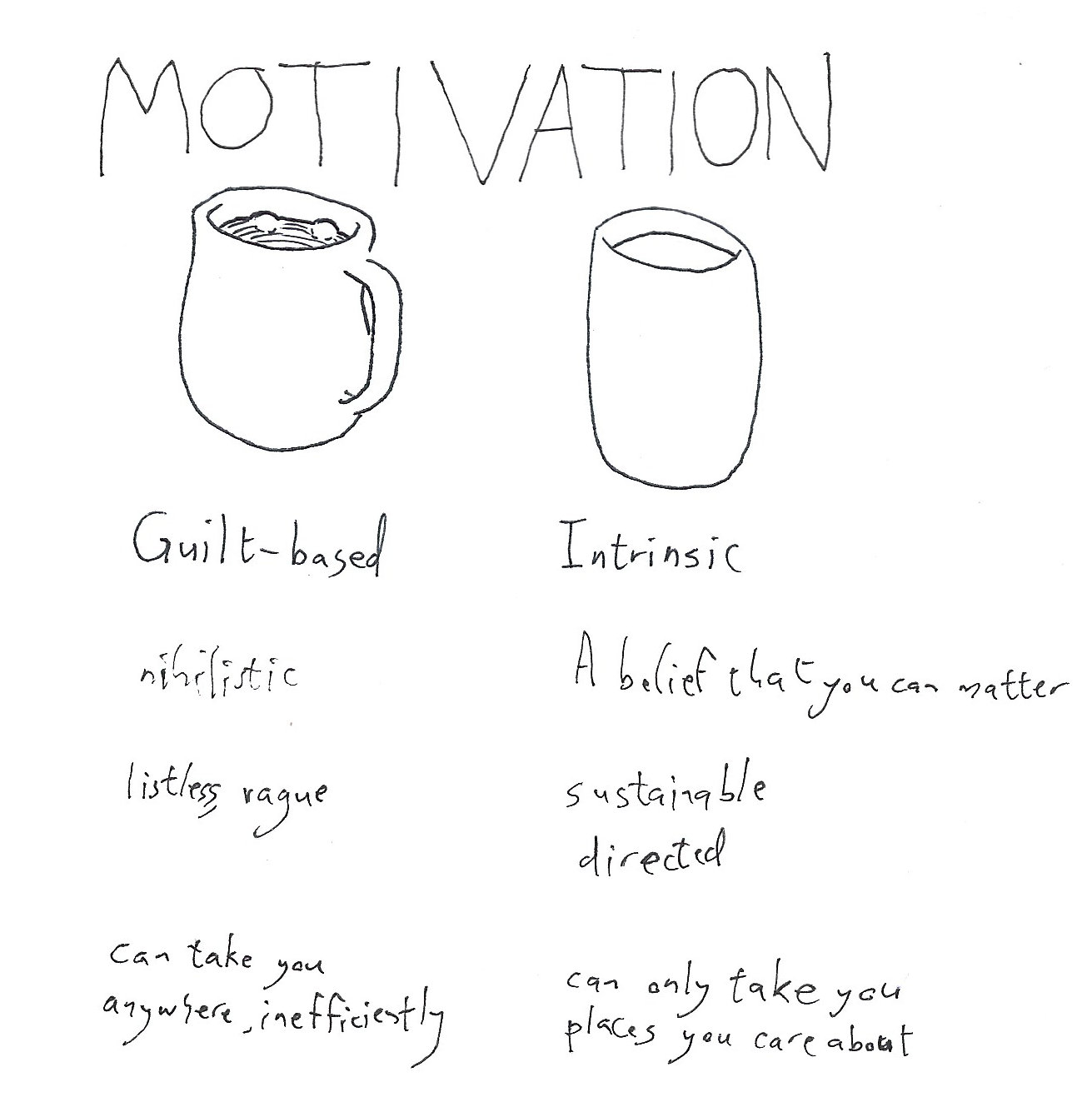 Guilt-based motivation cannot be sustained long-term, but your current pursuits may not be sustainable with anything else. If you are not doing something you genuinely care about, you may not have any intrinsic motivation to continue doing it.

When you think you care about the world, it’s not just selfish motivated reasoning dressed up as altruism. You haven’t deceived yourself into telling stories that make you look good: you can be genuine.

You’re allowed to fight for something 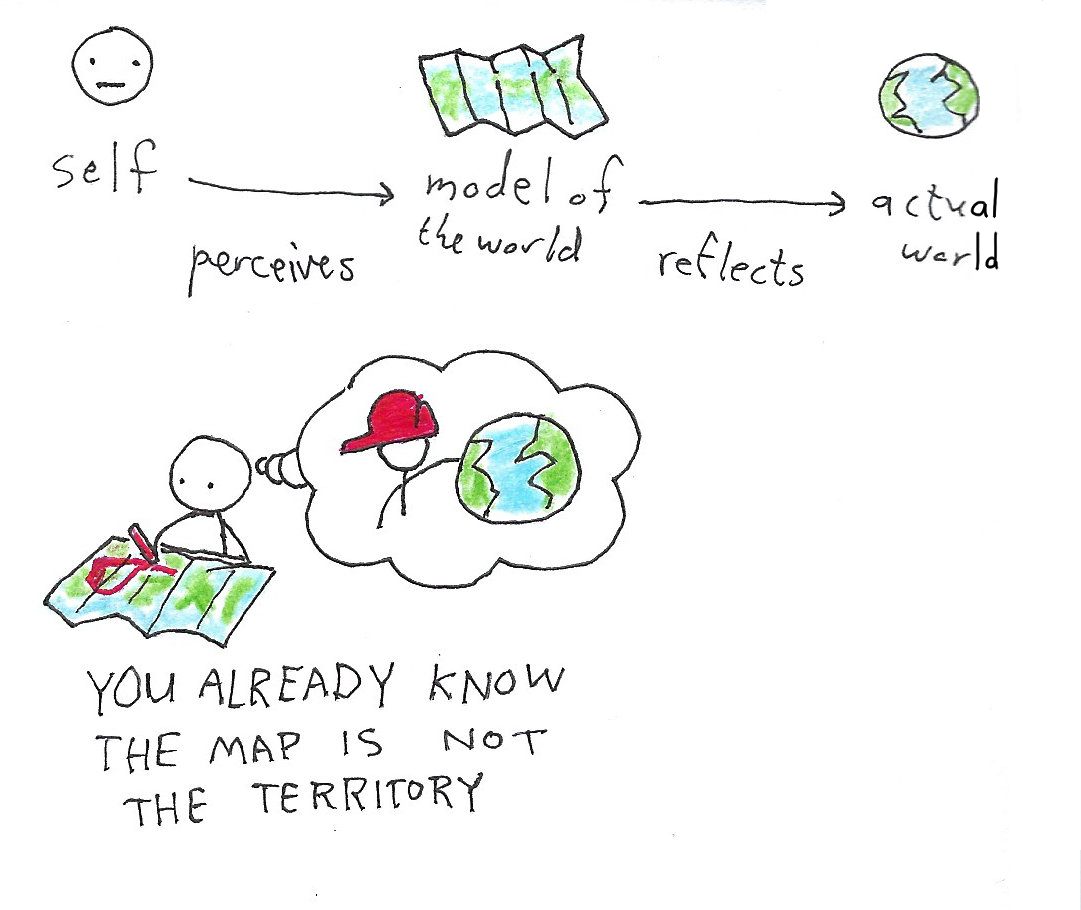 There’s a failure mode where you sneer at people trying to change the world, because what they’re really changing is their (accurate) perception of the world. You can work to improve the world, and you shouldn’t feel bad that you’re secretly just trying to allay your guilt.

Caring about something larger than yourself

The intention of this diagram is to give permission to care about privacy or democracy or liberty or whatever your internal sense of aesthetics is drawn to.

You don’t get to know what you’re fighting for 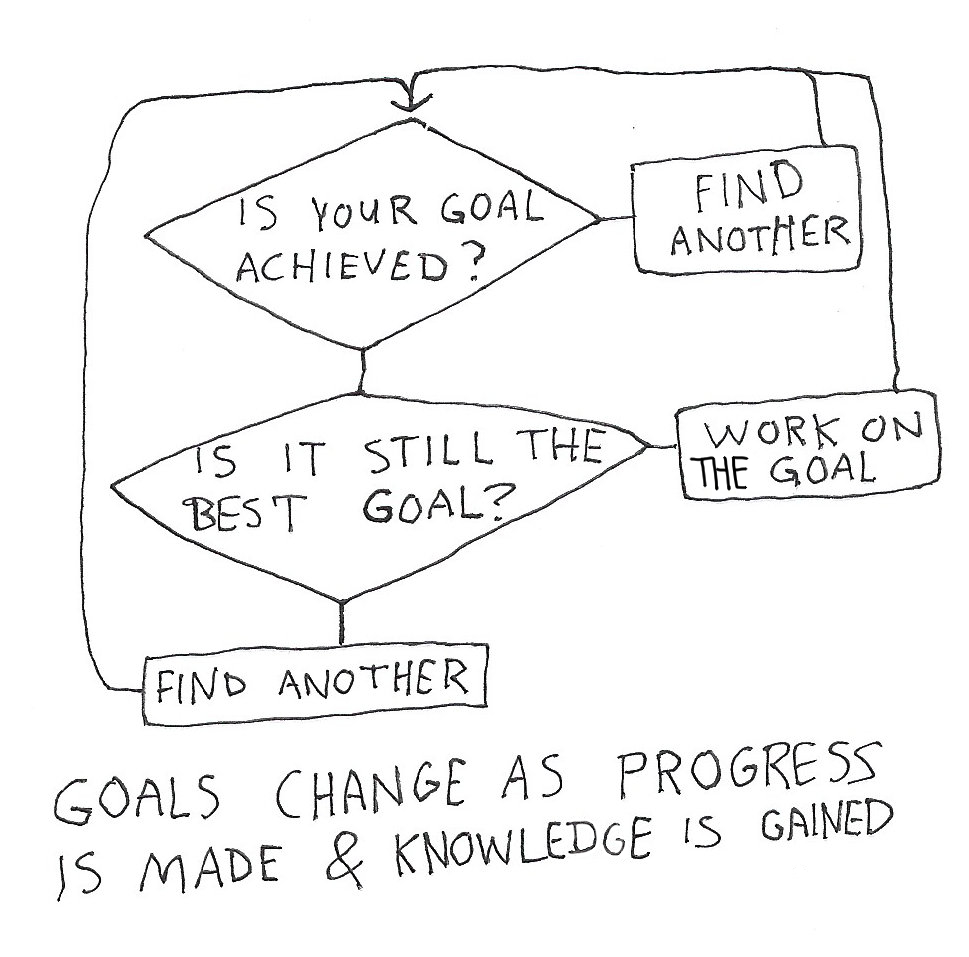 When you pursue your goals, you will discover things as you go. This may change your goal. You should expect that. It’s not a failure and it’s not an argument to defer the pursuit of your goals. You will take the best shot you have today, and if another opportunity comes along that seems more likely to succeed, you’ll take it.